I did not have any idea how many NASCAR car headquarters there were around Charolette, North Carolina. I thought they were all inside the city itself, but most of them are out in the smaller towns, like Dale Earnhardt in Moorseville, Ganassi Racing in Concord, Joe Gibbs in Huntersville, etc, etc.

We were closest to Richard Childress Racing so, one day, we drove about 11 miles north to visit. 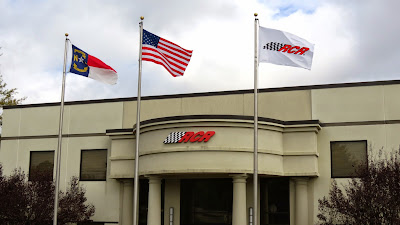 As you walk in, you are greeted with three race cars in the lobby.... 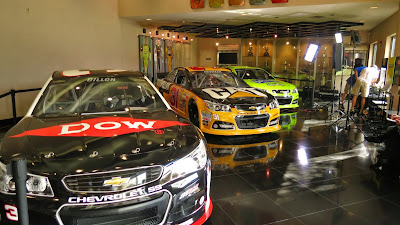 If you're into cars, racing, NASCAR...anything like that...it's way cool.

Next, you can walk upstairs in order to look down on their working operations and view all the cars RCR owns. Check out how clean that garage is !

There's many cars with the same number because they each have a different setup for different race tracks. 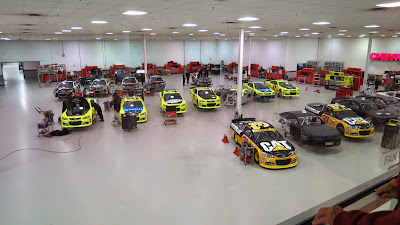 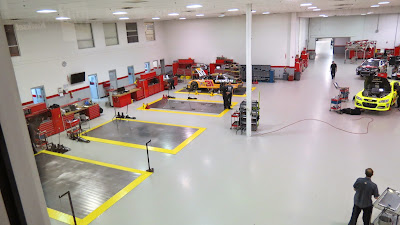 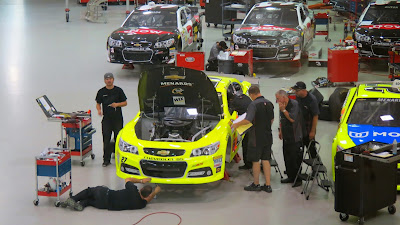 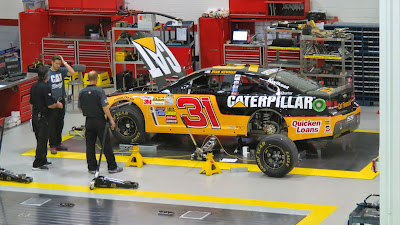 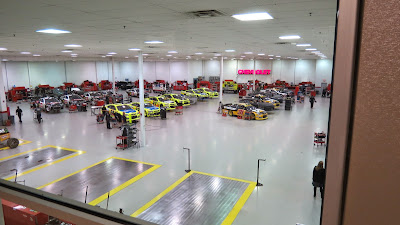 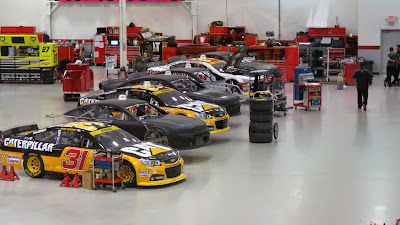 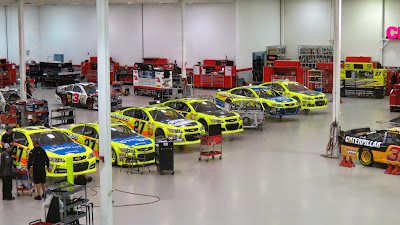 Then we saw the three large trucks that move the cars and equipment for each race. 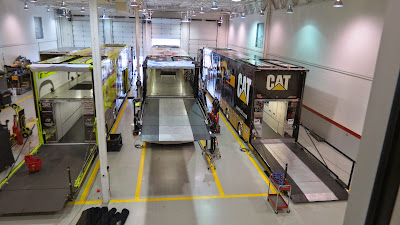 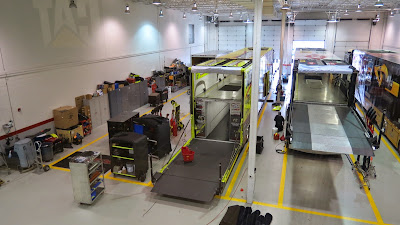 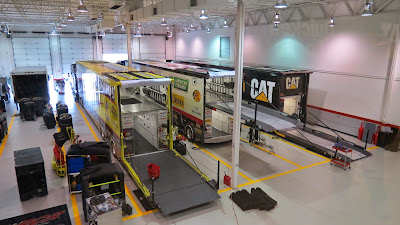 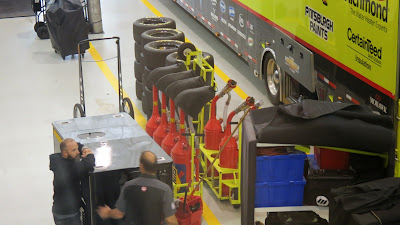 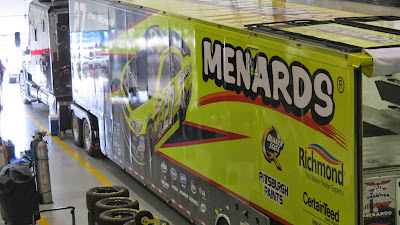 Here's an example of an engine that goes into one of these race cars. An exceprt from an internet article says, "Most top racing teams build their own engines from scratch. The total cost of these engines, which take more than 100 hours to build, is anywhere between $45,000 and $80,000 [source: Martin, Hendrick Motorsports]. At Hendrick Motosports, a racing shop that supports four different Sprint Cup teams, a 95-person engine department cranks out more than 600 engines a year." 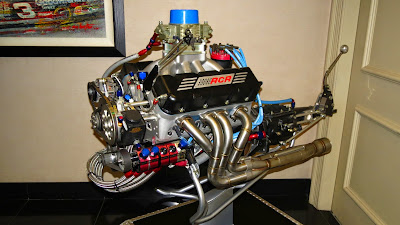 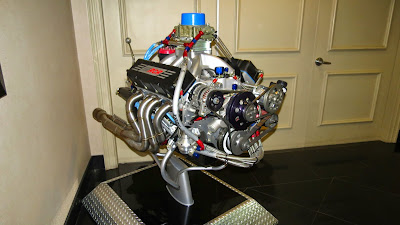 Here's how much it cost one owner, Stewart-Haas, to run the Kentucky race this year....

Next door is the RCR Museum....and, Dale Earnhardt, Sr was the big driver for Richard Childress for years, winning SEVEN championships so naturally, there was a LOT of Dale cars in the museum. 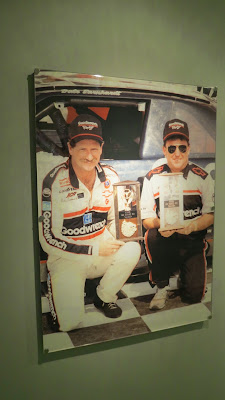 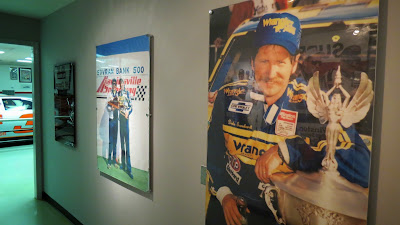 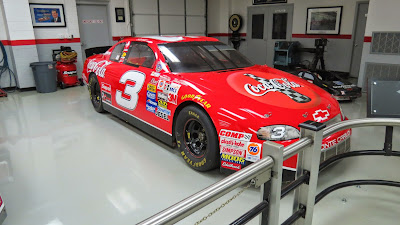 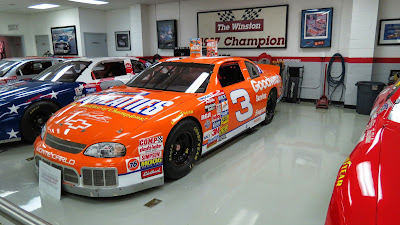 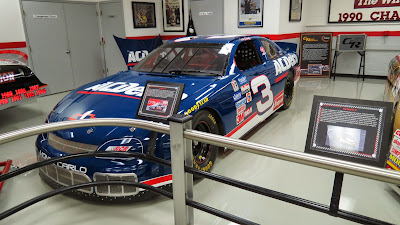 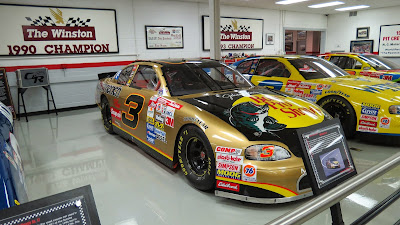 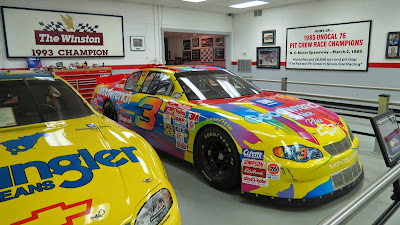 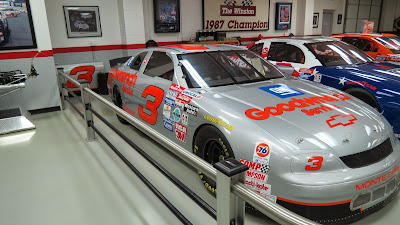 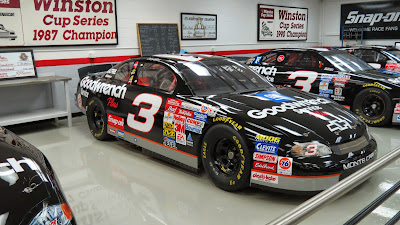 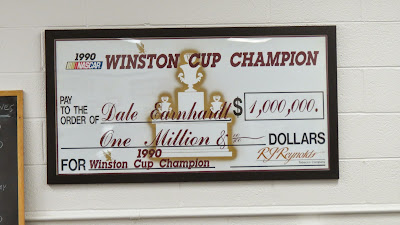 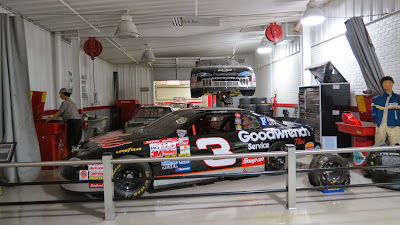 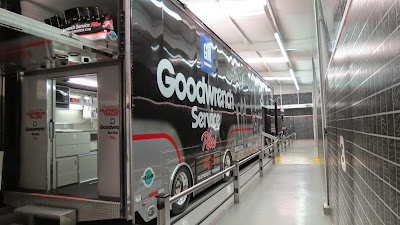 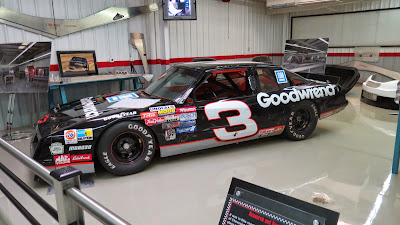 All in all, a great visit...something I've always to do. Even Kim liked it !

...and a couople of great informative article about NASCAR cars, crews and costs....

Posted by lastrick at 6:14 PM No comments: